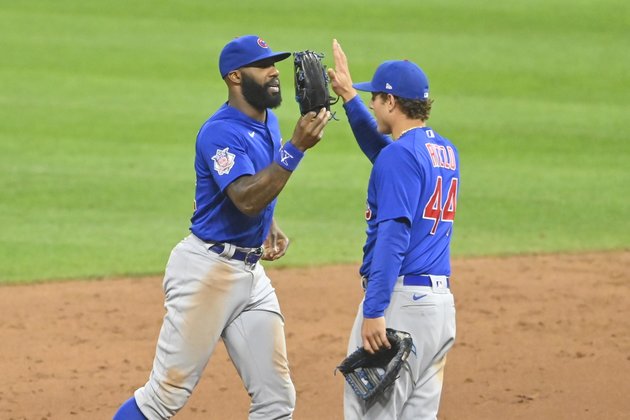 Anthony Rizzo launched a pair of solo homers to power the Chicago Cubs to a season-opening series victory over the Milwaukee Brewers last month.

Rizzo and company would love to flex their muscles once again on Thursday as the surging Cubs begin a 10-game homestand with the opener of a four-game series versus the Brewers.

Rizzo joined Kris Bryant in each belting a solo homer on Wednesday, helping Chicago to its eighth win in nine outings with a 7-2 romp over Cleveland. Jason Heyward finished the abbreviated two-game series versus the Indians by going 4-for-6 with a home run and six RBIs.

"It seems like there's not really a letdown in our lineup," Bryant said. "I can't really remember a time playing for this team where it was really like that, where one through nine there was just damage all through the order. I think it shows in our record."

Chicago is off to its best start since also winning 12 of 15 games to begin the 1970 season.

"There is nothing to complain about because the talent's there, the character's there, the commitment, the focus, the energy, the work," Cubs rookie manager David Ross said. "It's not easy, especially in the environment we're dealing with now. I've got really good players, man.

"I just put them in the lineup and I start trying to cheerlead them on. They're really good."

The Cubs' home record is 7-1, with the lone blemish also serving as the only loss for right-hander Yu Darvish (2-1, 2.12 ERA). The 33-year-old surrendered three runs in four innings of an 8-3 setback to Milwaukee on July 25.

Darvish will get a chance to atone on Thursday when he faces the Brewers, against whom he owns a 1-2 record with a 2.32 ERA in six career starts.

To his credit, Darvish answered that outing against Milwaukee with two strong ones. He scattered two hits over six scoreless innings in a 6-3 win over Pittsburgh on July 31, and permitted one run over seven strong frames in a 6-1 romp at Kansas City on Aug. 5.

Milwaukee left-hander Brett Anderson (0-1, 5.40) initially was slated to face Chicago in the second game of the season before landing on the injured list because of a blister. The 32-year-old, however, will receive his chance in the series opener.

Anderson, who owns a 1-0 record with a 2.25 ERA in three career starts versus the Cubs, has struggled in both of his starts this season. He answered a three-inning performance on Aug. 3 by allowing three runs on four hits in 3 2/3 frames of a 4-1 setback to Cincinnati on Saturday.

The Brewers may be happy to embark on a 10-game road trip, considering they sport a 2-6 record in Milwaukee. Their fourth loss in six overall outings came in lopsided fashion, a 12-2 romp by Minnesota on Wednesday.

Jedd Gyorko isn't putting too much stock in the Brewers' recent troubles, however.

"We're a quarter of the way through and we have a lot of games ahead of us," Gyorko said. "Just put our heads down and grind away."

Former NL MVP Christian Yelich is 5-for-13 with a homer, three RBIs and three runs scored during a four-game hitting streak. Yelich, however, went 1-for-13 with five strikeouts in the previous series versus the Cubs.

One of New York's finest accused of spying for China

Why Biden should not pick Michele Flournoy as defense secretary

If the Democrats manage to push Joe Biden over the finish line in November's election, he will find himself presiding ...

Life could be habitable underground on Mars, scientsts say

MASSACHUSETTS, September 23 (ANI): Recent science missions and results are bringing the search for a life closer to home, and ...

Frantic efforts to rescue whales trapped on sandbars off Australia

PanARMENIAN.Net - Rescuers were scrambling on Tuesday, September 22 to save 270 whales stranded off the coast of the Australian ...

CAMBRIDGE, UK - Scientists at the Massachusetts Institute of Technology (MIT), along with others, have discovered an Earth-sized "Pi Planet" ... 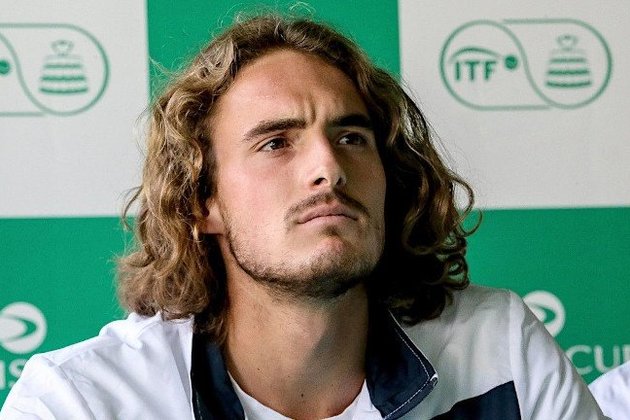 Stefanos Tsitsipas needed to see off a tough opening-set challenge before beating qualifier Pablo Cuevas 7-5, 6-4 on Thursday to ... 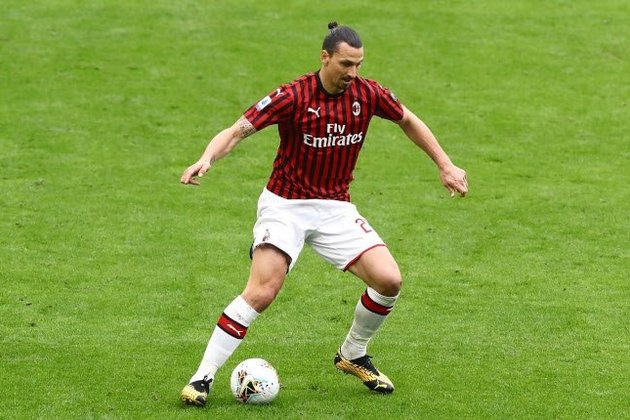 AC Milan star Zlatan Ibrahimovic said on Thursday he had no symptoms after testing positive for coronavirus before his team's ... 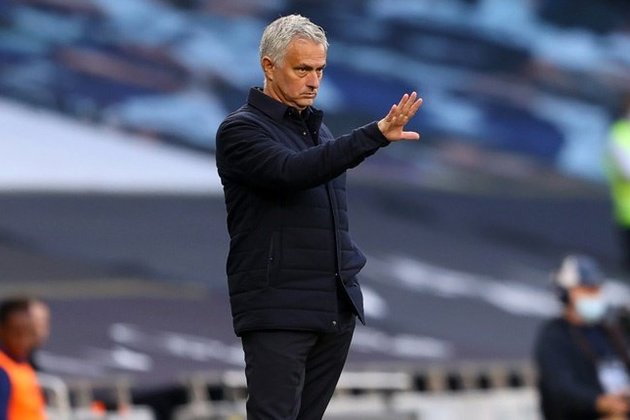 Jose Mourinho stuck to his promise to pose for a picture with Macedonian journalist Igor Aleksandrovic after a touching exchange ... 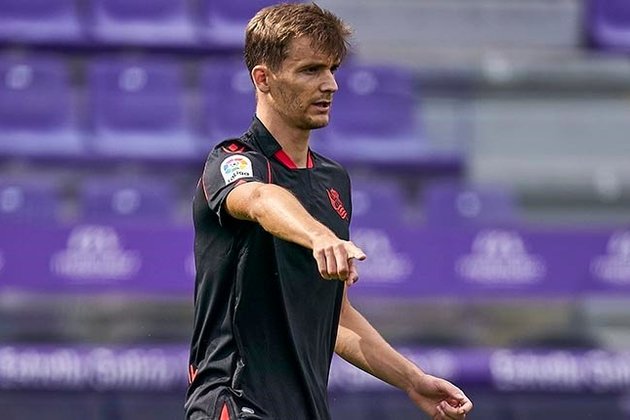 Leeds United announced the signing of Diego Llorente from Real Sociedad on a four-year deal on Thursday for a fee ... 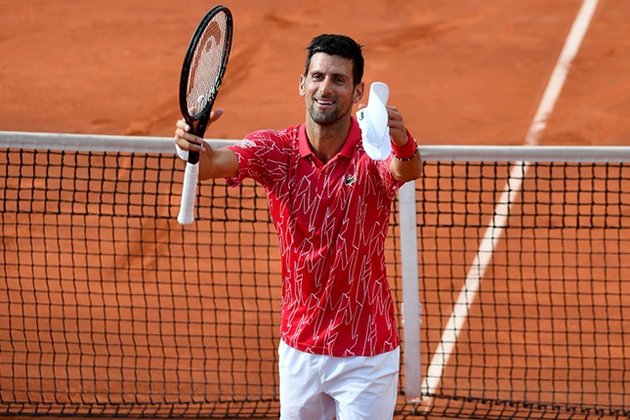 Novak Djokovic will renew his love-hate relationship with Roland Garros in the knowledge that it's himself rather than 12-time champion ...

Murray, Wawrinka clash in tie of Roland Garros 1st round 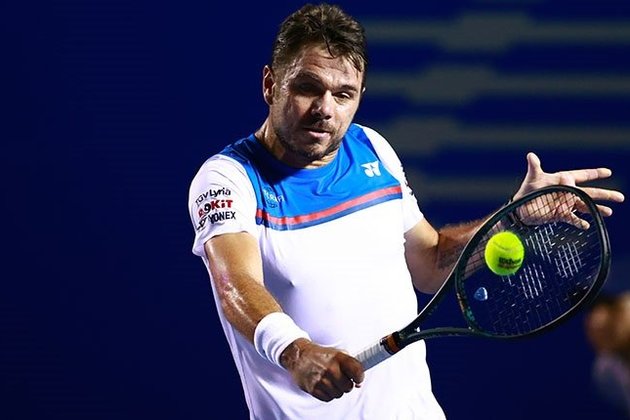 Three years after the match which turned out to be the "end of my hip" Andy Murray on Thursday was ...