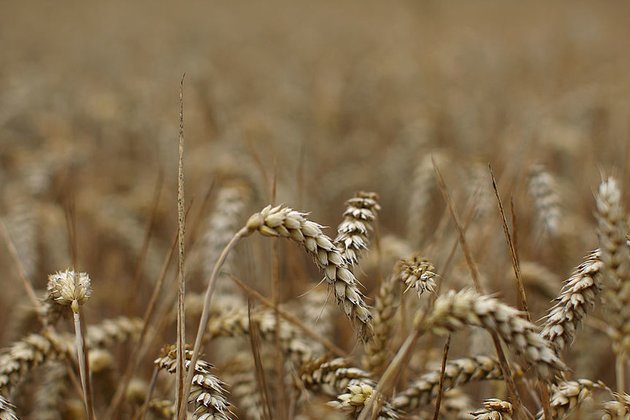 Dmitry Medvedev blamed the looming global food crisis on the ?cosmic cretinism? of the West

Russia will not export food to the detriment of its own market, Deputy Chairman of Russia's Security Council and former president Dmitry Medvedev said, adding that the West has to blame its own "cosmic cretinism" for the looming crisis.

In a lengthy Telegram post, Medvedev commented on recent statements by Western leaders about food security. As Russia and Ukraine are major wheat suppliers, accounting for some 30% of global exports, the prices have significantly grown since the launch of the Russian military offensive in the neighboring state and the subsequent sanctions imposed on Moscow by the US, the EU, the UK and some other Western nations. On Wednesday, UN Secretary-General Antonio Guterres said that fertilizers and food products from Russia should be available to the world markets without obstacles.

Medvedev agreed that without wheat and other food supplies from Russia, the importing countries would "have a very difficult time," especially, he noted, because, without Russian fertilizers, "only juicy weeds [would] grow" on their fields.

In Medvedev's opinion, the West is now "backing up" because "all these hellish sanctions are worthless when it comes to vital things," such as food or energy.

Sanctions interfere with everyone's desire to live a normal, prosperous life, the former Russian president argued. The expansion of NATO and the "mess with the calculations of debts, payments and other things" have aggravated the situation, he said.

"And what interferes the most is [the West's] own cosmic cretinism," he claimed.

According to Medvedev, Russia is ready to fulfill all of its obligations, but it has the right to expect some assistance from trading partners. Otherwise, he emphasized, there would be no logic to it: "On the one hand, insane sanctions are being imposed on us, and, on the other hand, [the West] is demanding food supplies."

"It will not happen, we're not idiots," he said, adding that there would be no export deliveries to the detriment of the Russian market.

"Food for the citizens of Russia is a sacred matter," he said.

Since the launch of the Russian military operation in Ukraine in late February, Moscow, Kiev, and various Western players have been pointing fingers at each other over the looming food crisis.

During the G7 summit in March, French President Emmanuel Macron came up with a global "initiative for food security." It involves an emergency plan for the release of stocks in the event of a crisis, a multilateral commitment not to impose restrictions on the export of agricultural raw materials, a temporary increase in production thresholds, supporting sustainable food production in the most vulnerable countries, and creating a mechanism which would enable providing them with agricultural products "in sufficient quantity and at reasonable prices," if the need arises.