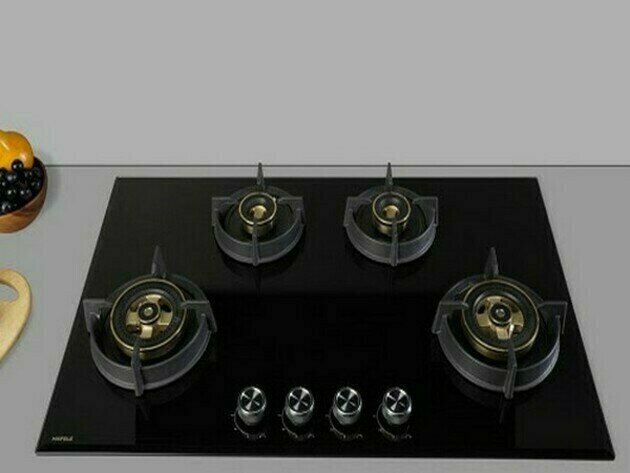 Bangalore (Karnataka) [India], July 26 (ANI/NewsVoir): Most of the frequently prepared Indian food like dals and sambhars, gravy-laden subzis and even our daily fuel, i.e. chai (the Indian tea) and coffee, feature boiling as an important cooking function. Having the recipe attain optimal temperature not only ensures uniform cooking but also boosts flavour. Since boiling is such an integral process in the daily cooking routine of a majority of Indians, there is also a possibility of the prepared food brimming over onto the hob surface. In a built-in hob, such spillage can seep into the internal body and cause blockage of the jets which makes cleaning difficult and affects the overall performance of the hob over a period of time.

Having studied this pattern of cooking and by calibrating the make of a hob to match our observations, Hafele brings to you India's First Fully Sealed Hob Range - Altius, which means 'higher' in Latin. Staying true to its name, the hobs from the range offer utmost efficiency, focused power and advanced technology, thereby delivering a higher level of ease and convenience to your daily cooking experience. Crafted with the aim of providing enhanced aesthetics and cutting-edge innovation the range presents to you the trademarked 'Hafele' excellence in quality and functionality for a seamless, long-lasting performance.

These hobs are engineered to prevent any spillage from entering their inner cavities making them functionally effective and increasingly durable. The unique jet design of the burners minimises blockage due to spillage ensuring consistent flame output.

The high-quality Brass burners in these hobs provide a focused flame that adapts to the bottom of the cooking vessel; centering at the rounded portion of a wok for maximum heat concentration to allow for seamless blending of the spices and seasoning in the oil. Alternately the same flame adjusts effortlessly under a flat pan used for making chapatis, offering ideal heat distribution to the base of the pan. This unique feature makes the Altius FS Hobs a fitting range for Indian Cooking.

Hafele India is a wholly-owned subsidiary of the Hafele Global network and has been operating in India since 2003 under the leadership of Jurgen Wolf (Managing Director). The ability of the company to understand the diverse Indian market has made it an authority in the field of architectural hardware, furniture and kitchen fittings and accessories. The company also has a strong presence in synergized product categories namely Home Appliances, Furniture Lighting, Sanitary and Surfaces catering to the focused demand from these industries. The subsidiary has a strong nation-wide presence with offices in Mumbai, Pune, Ahmedabad, Bangalore, Chennai, Hyderabad, Delhi, Kolkata and Cochin. It has full-scale operations in Sri Lanka and Bangladesh with Regional offices and Design Showrooms in both countries; and has also spread its operations to other regions of South Asia including Nepal, Bhutan and Maldives.

Hafele India services its customers with a base of over 1300 employees, a well-networked Franchise base of over 130 shops along with over 1000 dealers situated across South Asia. The subsidiary has a sophisticated Logistics centre in Mumbai along with distribution centers in Delhi, Bangalore, Kolkata and Colombo respectively.

This story is provided by NewsVoir. ANI will not be responsible in any way for the content of this article. (ANI/NewsVoir)